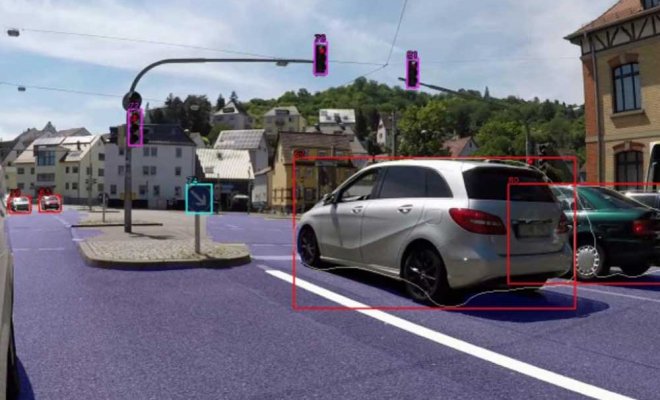 In 2020, the global COVID-19 pandemic impacted many industries based on traditional business structures and infrastructure, including the automotive industry. According to a market study published in November by ‘Strategy Analytics,’ the global automobile production volume in 2020 was estimated at 74.1 million units, a significant decrease of 16.7% compared to 89 million units in 2019.

However, despite the overall downturn of the automotive market, the potential of ADAS and autonomous driving vehicle markets remains high. In particular, the production of vehicles equipped with Level 2 and Level 3 autonomous driving technology is expected to increase sharply to about 30 million units by 2025.

StradVision’s 2020 was a year of significant achievements that further increased the maturity of technology, product and business capability. Since last year, StradVision focused on improving the performance of SVNet, its object recognition software, with implementation of more innovative features leveraging higher resolution videos and more cameras.

At the NVIDIA GTC 2020 and AutoSens 2020 events held in October and November 2020, we unveiled our solution for Surround View Monitoring (SVM), which has begun to attract a lot of attention in the automotive industry. This technology combines wide-angle images collected by multiple cameras, mounted along the side of the vehicle, to recognize objects and situations in all directions, 360 degrees.

StradVision also introduced a unique technology called Animal Detection in 2020. This new feature of SVNet was developed to prepare for the road environment in some countries where wild animals and livestock frequently appear, and reflects StradVision’s corporate value for the safety of not only humans, but also all living things.

In terms of business, Stradvision invested in closer support of our customers in different countries. One significant move was the opening of a new office in Munich, Germany, where many of our automotive Tier 1 and OEM customers are located. We also appointed Dr. Andreas Vom Felde — who has extensive industry experience in the field of automotive technologies — as general manager for our operations in the European Union. StradVision’s global reach includes local branches in Germany, Japan, China, and the United States.

We also extended collaborative relationships with partners in the autonomous driving fields. In August 2020, StradVision signed a collaboration agreement with Socionext Inc., a major system-on-chip (SoC) solution company, to increase the supply of SVNet to the Japanese market. And we signed another agreement with BlackBerry to utilize its QNX software development platform for SVNet to create more business opportunity in the Korean automotive market.

In addition, StradVision was selected for the Proactive Partner Program of the R-Car Consortium of Renesas, and as the Premier Partner of the NVIDIA Inception program, in recognition of its competitiveness in ADAS and autonomous driving technology.

Through active new technology development and rapid business expansion in multiple countries, Stradvision has signed cumulative software supply contracts of 8.8 million units, and brought in a total of $41 million, including series B funding.

Stradvision aims to achieve two goals, in terms of business and technology, in 2021.

Stradvision’s top priority is advancement of the Front-facing Camera (FFC) recognition performance, adding innovative improvements to our existing object recognition technology. By enabling the same level of object recognition capability as dual front cameras while using only a single camera, StradVision will maximize the unique advantages of SVNet, which delivers high-efficiency for both hardware utilization and costs.

Along with the Front-facing Camera (FFC) solutions, StradVision is also activating new business areas based on emerging technologies including Surround View Monitoring (SVM) and AR-HUD (Augmented Reality Head-Up Display). As Surround View Monitoring (SVM) continues to earn a significant amount of attention in the automotive industry, SVNet provides cutting-edge features such as Advanced Parking Assistance (APA), to assist in parking with or without driver’s intervention, and Automatic Valet Parking (AVP), which provides complete valet parking service and a vehicle driving itself to the parking space and coming back when summoned.

StradVision plans to collaborate with various OEMs in Europe, US, Japan, China and Korea, automotive parts suppliers and system-on-chip manufacturers to bring Surround View Monitoring (SVM) and AR-HUD technologies into day-to-day driving lives for everyone, leading the latest industry trends.

Founded in 2014, StradVision is an automotive industry pioneer in AI-based vision processing technology for Advanced Driver Assistance Systems (ADAS). The company is accelerating the advent of fully autonomous vehicles by making ADAS features available at a fraction of the market cost compared with competitors. StradVision’s software is being deployed in 8.8 million vehicles worldwide and is serviced by their over 140 employees in Seoul, San Jose, Tokyo, and Munich. The company received the 2020 Autonomous Vehicle Technology ACES Award in Autonomy (Software Category). StradVision’s software is certified to the ISO 9001:2015 international standard.

← Previous Story Automated Commercial Vehicles Are On The Fast Track As Result Of Billions In Investments
Next Story → Paving the Road to Electrification – are we there yet?