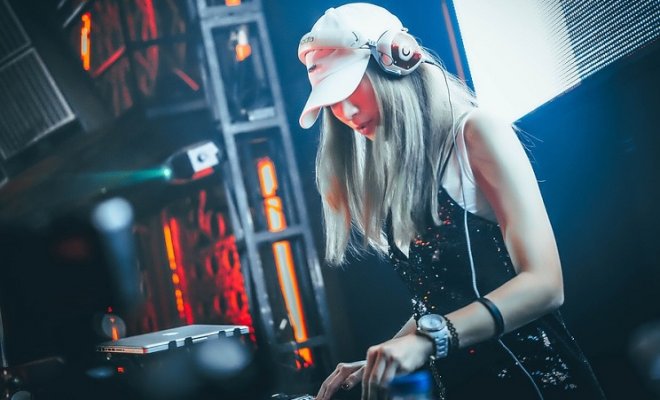 Buying your first DJ equipment can be a challenge, particularly when you’re new to the field and don’t know how to differentiate between various types of mixing systems used by disc jockeys. Expert opinions differ on which DJ control system works best for which party environment, but there is unanimous agreement on the fact that the equipment on which you practice at home should be similar to, if not the same as, the equipment used at places and occasions where you expect to use your disc-jockeying skills.

The following information will help you understand the basics of DJ setups so that you can take an informed decision when investing in your first DJ rig.

Modular DJ setup is made of several different components—turntables, CD players, analog mixer, and a sound card for use with DJ software—a workflow that according to seasoned DJs has its own advantages. Many experienced disc jockeys prefer working with modular DJ rigs as it allows for a full-control, customizable mixing surface.

Singular controllers are believed to be more suited for smaller gatherings, such as house parties and local social events where you can simply plug in and start playing. All-in-one setups are cheaper, portable, and easy to set up and use. Moreover, they come with in-built DJ software. So even if you don’t have a lot of experience in commercial deejaying, you can figure out how to use an all-in-one control system in no time.

Modular systems are more sophisticated and thereby a little more complicated to set up and make music with. You need to set up several pieces of equipment and make them work cohesively. Evidently, modular controllers are best suited for club parties, weddings and other events with large gatherings.

This is an important feature to consider when shopping for your mixing gear. Some controllers come fitted with a sound card and others have a USB port where a sound card can be plugged in.

The two main advantages with internal sound cards are that they are more convenient to use as there is no need for a USB cable and, more importantly, controllers with in-built sound cards cost way less. The downside, according to some, is that when you buy an all-in-one bundle, you can’t be sure of the quality of the sound card inside it.

That is why established DJs often prefer to buy their own sound card and plug it to the modular mixer, which of course costs more than the in-built option.

If you’re just starting out, take a look at the top 5 best cheap dj controllers that cost under $100—why spend a fortune on expensive mixing equipment until you’re sure you can make a living from this skill!