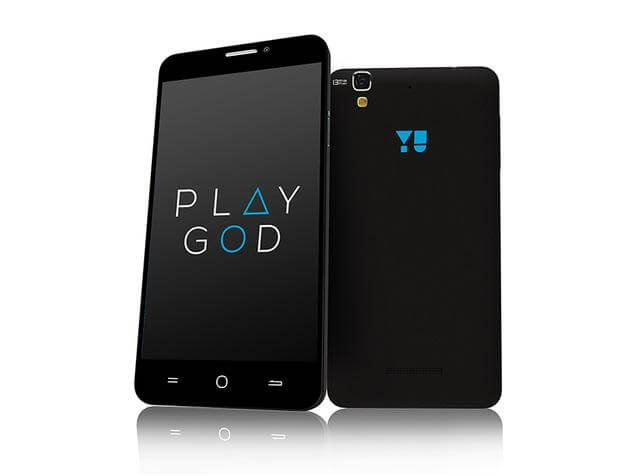 Yu Yureka Mobile Phones – All You Need To Know

Micromax was first established as an IT software company, but later entered the mobile devices market. By the year 2010, Micromax was one of the biggest domestic manufacturers. The company first focused on the low-cost feature phone segment in the country, but later entered the budget smartphone arena as well. By 2014, Micromax was among the top 10 smartphone manufacturers in the world. In December 2014, Micromax introduced its online-only smartphone brand dubbed YU. Micromax co-founder Rahul Sharma owns 99 percent of the stake in YU Televentures. The first smartphone from the vendor was the Yureka, which was an instant hit soon after the launch. The Yureka was released running Cyanogen OS, for which, the company holds exclusive rights in the country. After the Yureka, YU launched several other smartphones including the Yuphoria, Yureka Plus, Yunique, Yutopia, and most recently, the Yureka Note. If you are planning to buy any of these YU Yureka mobiles, then you will find everything about these devices in this article.

The YU Yureka was launched in December 2014 for Rs 8,999, and its first sales were conducted on Amazon India in January last year. The Yureka sports a large 5.5-inch IPS display with a resolution of 1,280 x 720 pixels, one glass solution technology and a layer of Corning’s Gorilla Glass. The phone is powered by a 1.5GHz octa-core Qualcomm Snapdragon 615 processor with 64-bit computing support. It comes with 2GB of RAM and 16GB of internal memory, which can be further increased up to 32GB by inserting a microSD card. For imaging, it sports a 13-megapixel primary snapper and a 5-megapixel secondary shooter on the front. In terms of connectivity, it offers 4G LTE support, dual-SIM slots and other regular array of options. A 2,500mAh battery keeps the handset alive. Software-wise, the device runs CyanogenMod, which is a custom firmware built on top of Android, which offers a tons of customisation and tweaking options.

The Yuphoria arrived in May last year for Rs 6,999 to compete against the budget offerings from China’s Xiaomi. The Yuphoria offers a 5-inch HD display with a layer of Corning Gorilla Glass 3. The phone comes with a 1.2GHz 64-bit Snapdragon 410 processor, aided by 2GB of RAM and 16GB of expandable memory. It offers an 8MP rear snapper, a 5MP front shooter, 4G LTE, dual-SIM slots, and a 2,230mAh battery with Quick Charge 1.0 technology. The phone also sports a Cirrus Logic Wolfson Stereo chip for better audio experience. Similar to the Yureka, it also runs CyanogenMod 12, which is based on Lollipop.

The Yureka Plus came as the successor to the Yureka for 9,999, but its price was later reduced to Rs 8,999. The Yureka Plus offers a high-resolution full HD display, while the rest of its specifications are similar to the Yureka. The phone comes with a 5.5-inch full HD display, a 64-bit 1.5GHz octa-core Snapdragon 615 processor, 2GB of RAM, Android Lollipop-based CyanogenMod 12 OS, 16GB of expandable memory, 4G LTE support, dual-SIM slots, a 13MP rear snapper, a 5MP front shooter, and a 2,500mAh battery, which as per the brand delivers up to eight hours of talk time. The phone offers a durable polycarbonate shell and a layer of Corning’s Gorilla Glass 3 on top.

The YU Yunique is an ultra-affordable 4G smartphone, which was launched for Rs 4,999, but its price was later increased to Rs 6,499. The Yunique is a power-packed feature loaded smartphone that runs stock Android, but supports FOTA update to CyanogenMod OS. It comes with a compact 4.7-inch HD IPS display with Corning’s Gorilla Glass 3 on top. The phone is backed by a 64-bit 1.2GHz quad-core Qualcomm Snapdragon 410 processor, aided by 1GB of RAM and an Adreno 306 GPU. It comes with 8GB of expandable memory, an 8MP rear snapper, a 2MP front shooter, 4G LTE support, and a 2,000mAh battery.

The YU Yutopia was launched in December last year as the brand’s first flagship offering, which the vendor is touting as the most powerful phone on the planet. The Yutopia offers a premium metal design, and comes with a 5.2-inch quad-HD display with one glass solution technology and a layer of Corning Concore Glass. The phone is backed by a powerful 64-bit 2GHz octa-core Qualcomm Snapdragon 810 processor, aided by a generous 4GB of RAM. The phone sports 32GB of expandable memory, a 21MP rear snapper with 4K recording, an 8MP selfie shooter, 4G LTE, and runs CyanogenMod OS 12.1 based on Android Lollipop. The device is fuelled by a beefy 3,000mAh battery, which can charge from zero to 60 percent in half an hour thanks to Quick Charge 2.0 tech. It also gets a fingerprint sensor on the back, which apart from letting you unlock the device, also lets you capture selfies. The YU Yutopia flagship offering is priced at Rs 24,999.

The YU Yureka Note is the latest smartphone from the company that is priced at Rs 13,499, and comes as the successor to the Yureka Plus. The Yureka Note is the second smartphone from the company to boast a fingerprint sensor on the back, which is capable of unlocking the handset in less than a second. The phone comes with large 6-inch full HD IPS display with Corning Gorilla Glass 3 on top. It utilizes a 1.5GHz 64-bit octa-core processor, aided by 3GB of RAM. The phone offers 16GB of expandable memory, a 13MP rear snapper with a dual-LED flash, an 8MP front shooter, 4G LTE, dual-speakers, dual microphones, and a beefy 4,000mAh battery with quick charging support. The device is available from Reliance Retail stores across the country.

This was almost everything you need to know about the YU Yureka mobiles. YU has emerged as one of the top domestic players in the budget smartphone arena in India. The brand initially focused on the budget segment with the affordable, yet-feature loaded devices like the Yureka, Yuphoria, and the Yunique. Now it is also producing high-end smartphones such as the Yutopia and Yureka Note. The company has permanently discontinued the Yureka, since it now has two more variants of the device. The Yureka Plus, Yuphoria, Yureka Note and Yunique are for those looking for budget devices with 4G LTE support, while the Yutopia is for those looking for flagship devices with excellent design. So which one of these YU devices you currently own or planning to buy in the near future? Share in the comments section.

← Previous Story Experience the thrill with the upcoming model “HTC One M10”!
Next Story → Lenovo K6 – True Value for Money